Nobody’s nose knows Nissan in Japan quite like Ryunosuke Ino’s.
Ino, a Nose of Nissan or smellmaster — designated a “meister” — is responsible for checking the aroma of new vehicles. Also, so that the passenger experience is literally a breath of fresh air, he also checks car air conditioning systems and how vehicle smells can change over time.

Working from the Nissan Technical Center in Japan as a technical expert in the Vehicle Interior Air Quality department, the 20-year veteran leads a team tasked with analyzing and authorizing materials used in Nissan vehicles.
“Smell is an important factor in a comfortable car experience, and Nissan is very particular about it,” he says. “Usually, passengers smell the nearest thing based on where they are in a car, so it’s important that we experience from all seats.” 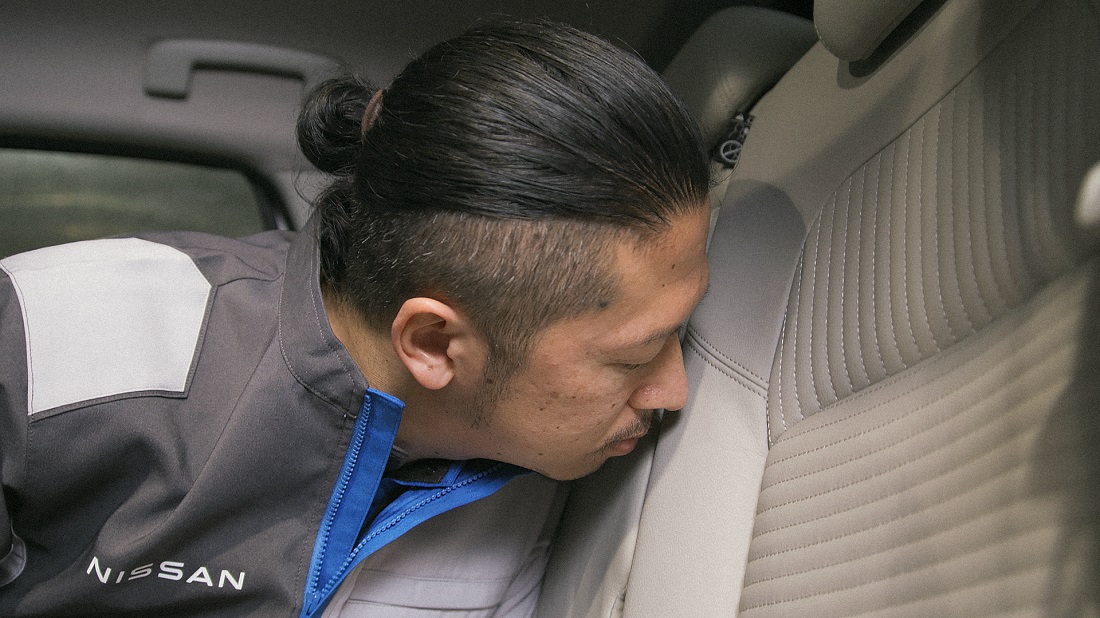 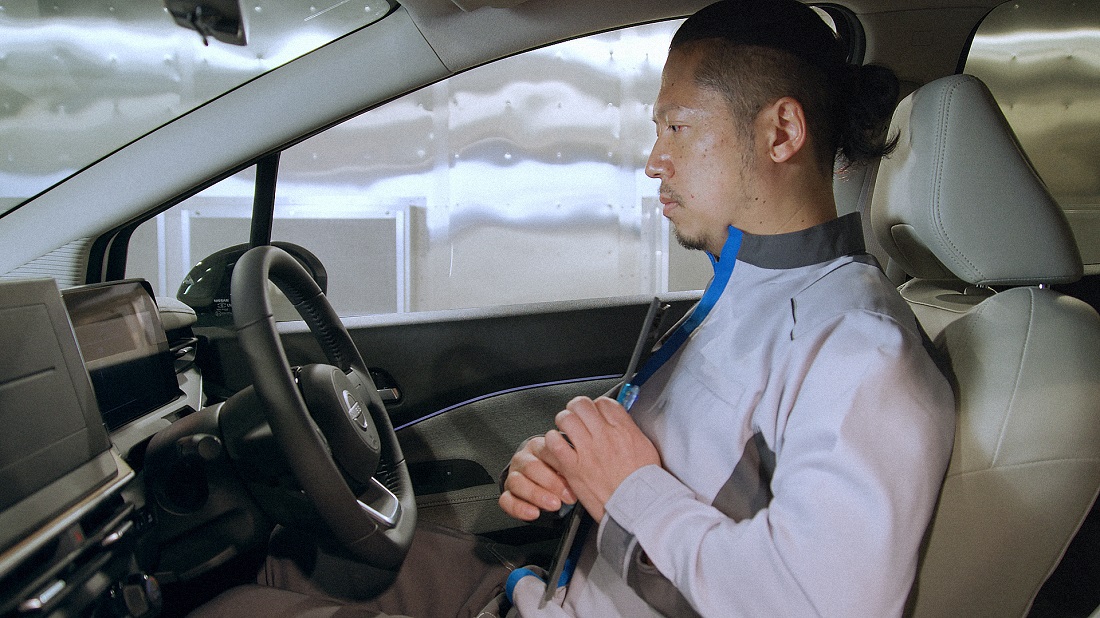 Research suggests that our sense of smell is surprisingly strong and can recognize hundreds of thousands of different smells. Smells travel via the body’s olfactory neuron tracts to brain centers focusing on memory and emotions, such as the orbitofrontal cortex, amygdala and hippocampus. That’s why a car smell can trigger strong memories.
Studies also show humans rely more on their eyes but can perceive tremendous numbers of different smells that can also leave a lasting impression. For Ino, it’s not just the critical first impression but how we perceive smells within the cabin during the drive.
“First of all, I try to identify where the smell comes from,” he says. “I try to locate it and evaluate from the vehicle user’s perspective, such as accessing the glovebox or using the sun visor mirror. I position my torso and head just like they would to gain an accurate impression.” 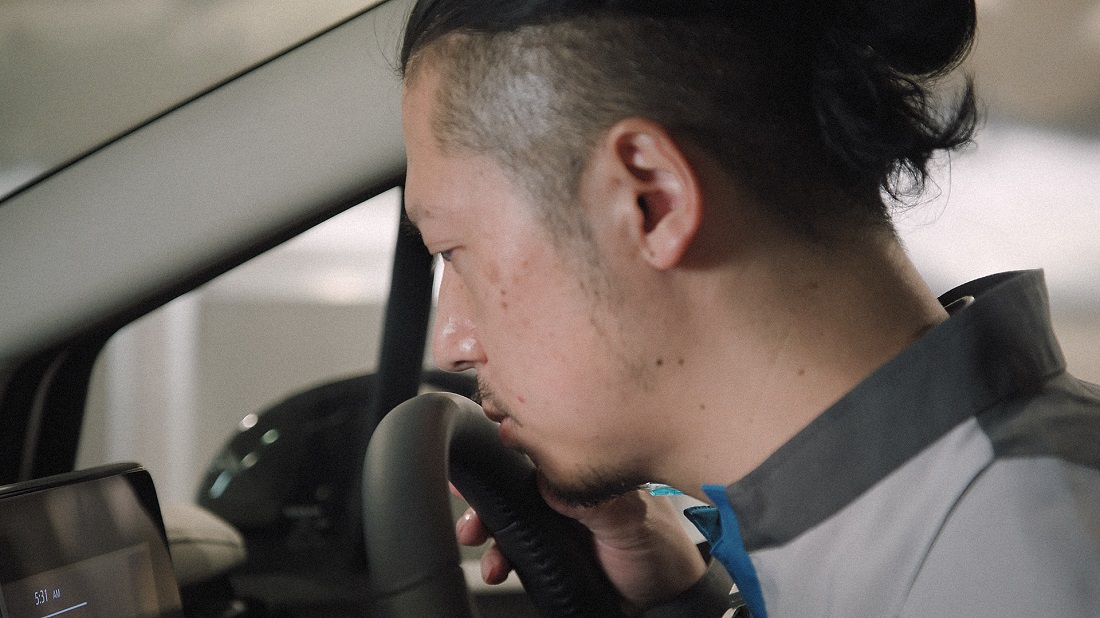 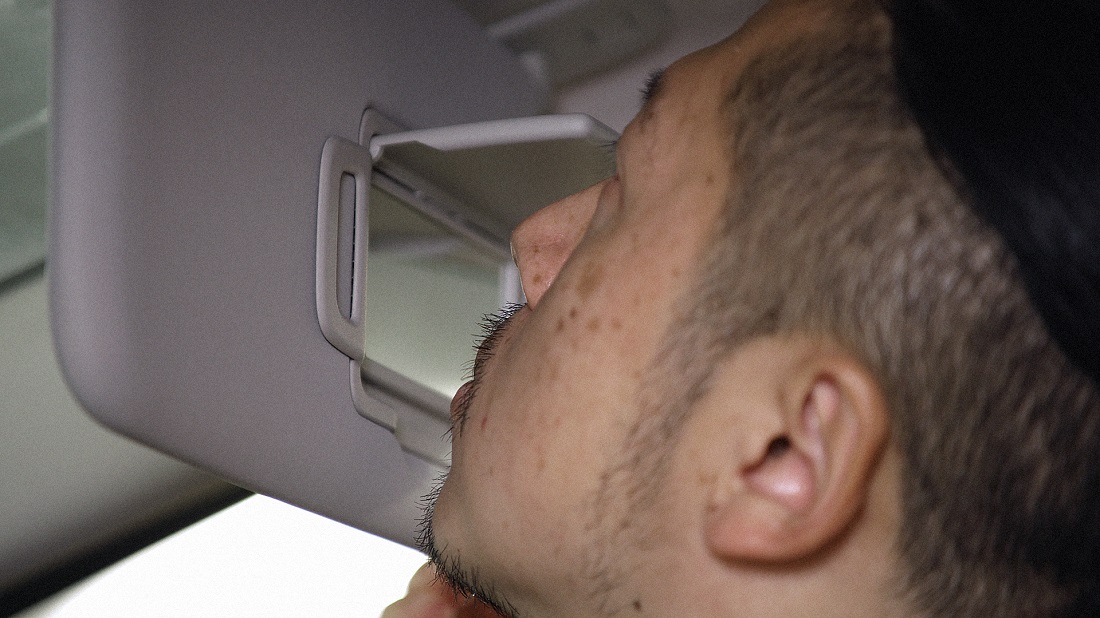 During a vehicle’s cabin volatile organic compound (VOC) evaluation process, which typically takes place over three days, Ino and his team of smell experts sniff the headrests, dashboards, mirrors, glove compartments, visors, seats, ceilings, cupholders, carpeting, and any components with measurable scent.
Checks are typically done within three to five minutes to ensure proper evaluation before the nose adjusts to the interior smell. If something does not meet the standards, checks are repeated to determine cause and corrective measures.
Seats using the same materials are evaluated individually, as they may come from different suppliers with unique production processes. Ino’s team aims to ensure the cabin’s pleasing atmosphere is enjoyed by all occupants, so work extends to parts suppliers making the fabrics, adhesives and polymers used in Nissan vehicles.
Air circulation and exposure to sunlight are crucial factors impacting car smell, so the team uses a special environmentally sealed testing room controlled for heat and humidity, with a lighting system that simulates intense sunlight. 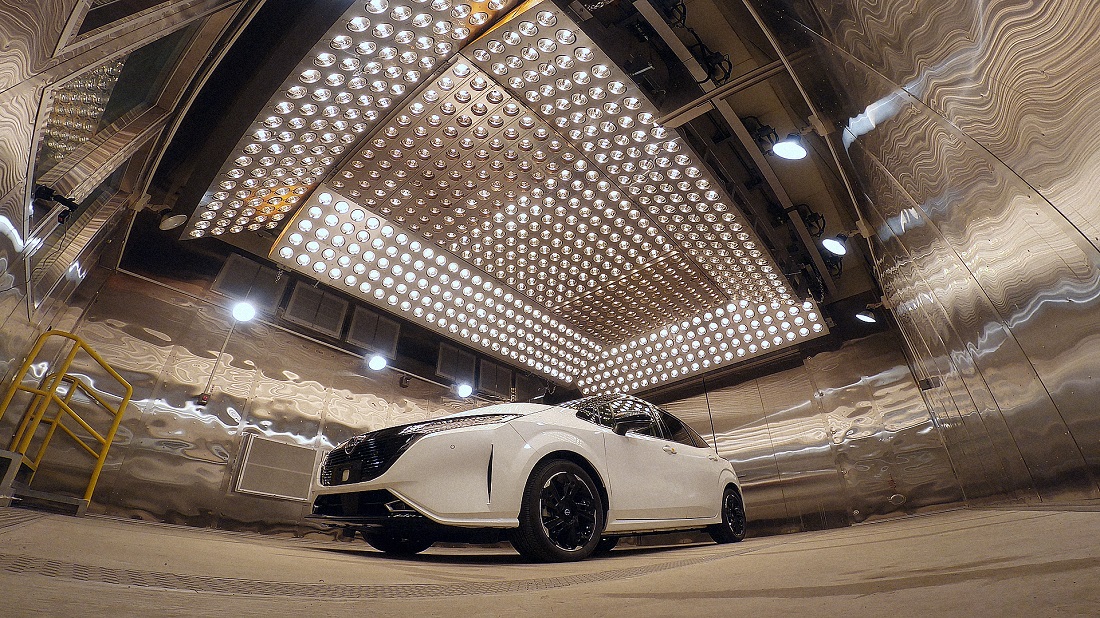 “We consider various conditions cars face such as moderate to high ambient temperatures, which can intensify a smell,” he says.
After conducting the checks, Ino gives himself a breather – literally - a self-body recalibration to normalize his sensitivity to all smells. Ino and his team each have a personal way to reset.
“Some experts have their own way of reaching a baseline, such as smelling coffee beans, to calibrate. In my case, I reset my nose by smelling my arm near my elbow. This is familiar, so it prepares me to detect new scents.” 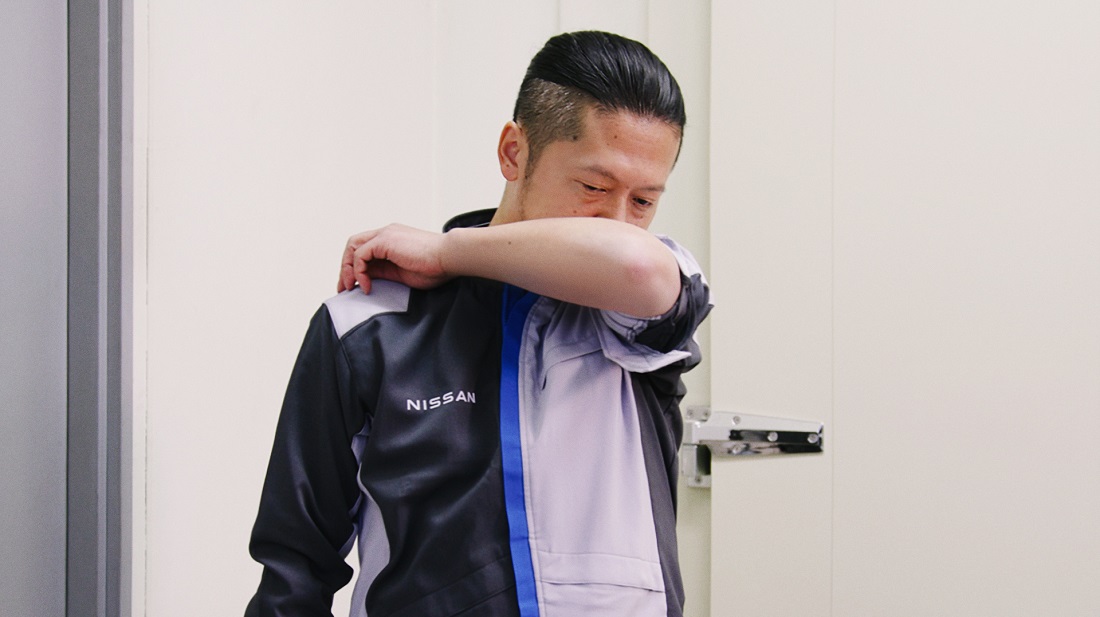 Ino wears a Nissan uniform washed without detergent, ensuring that his smell impressions are clean and without influence.
The Yokohama native was interested in smells from childhood but gained his sniff degree on the streets of its Chinatown, inhaling the spices and aromas of shops, including his personal favorite snack, nikuman, or meat buns.
“From a young age, I could smell things and became interested in the smells of everything I picked up,” Ino says. “I learned various scents, and in Chinatown the smell of nikuman would vary from shop to shop.”
His youthful field tests gave Ino a refined sense of smell that his current role allows him to use daily, but he adds that there are still precautions taken.

“The day before a check, I try not to eat garlic dishes and foods with strong smells.”
Preferred consumer smells vary by region, so Nissan has teams in North America and Europe doing similar testing. 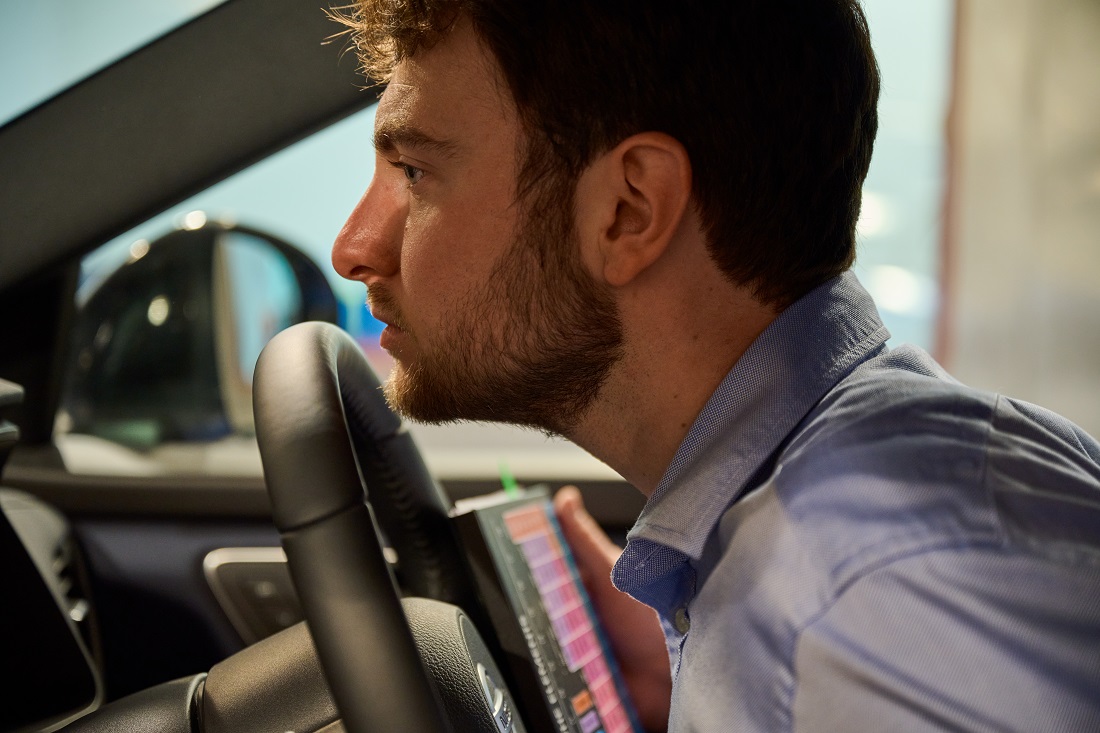 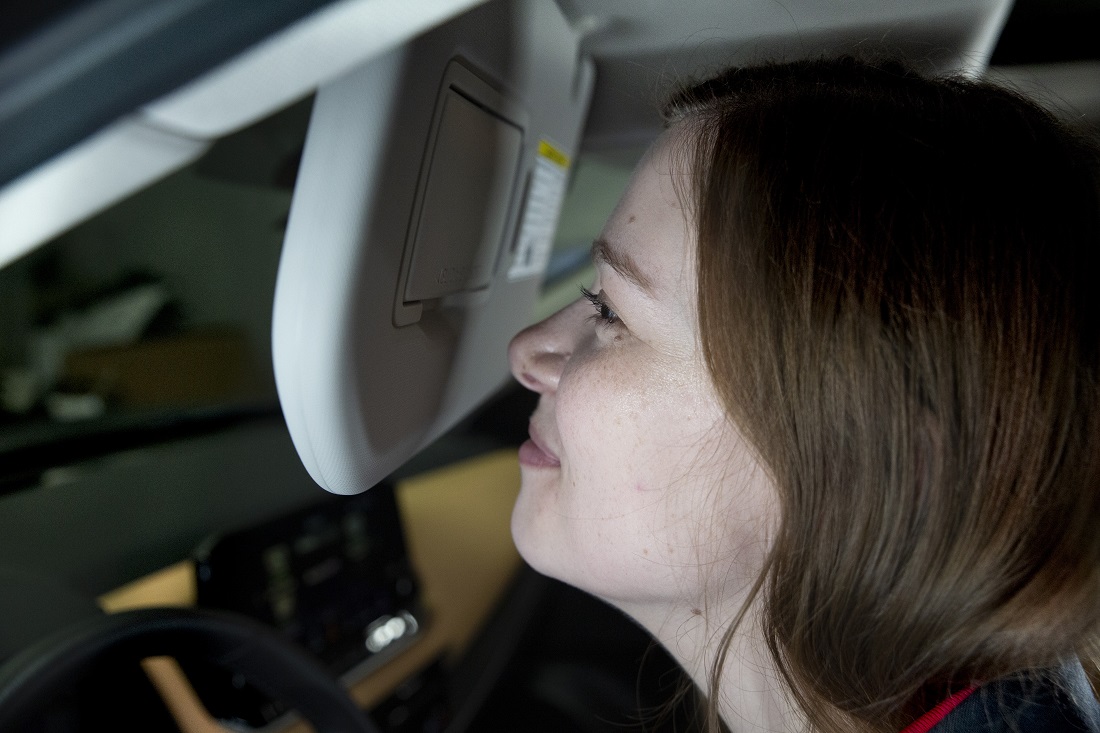 “Nissan’s smell standards are designed mainly by me as the global lead smellmaster,” he says. “However, each region is slightly different based on customer feedback, and their meister makes the final decision for their market.
Ino says his team of Japan experts must themselves pass testing that includes scents such as caramel or even flower stems and extends to subtle differences in interior materials. Nissan offers training to optimize the team’s smell-detector skills. 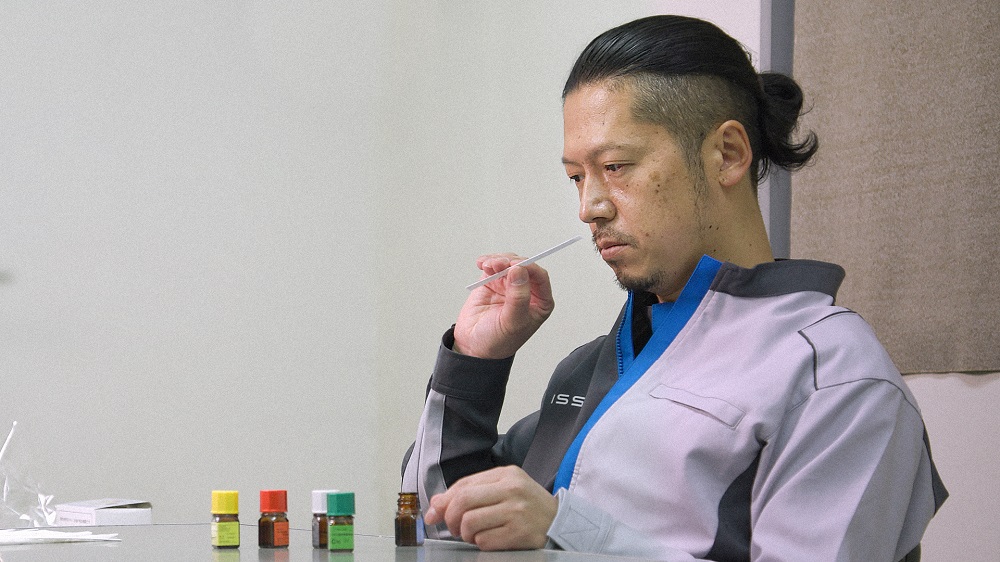 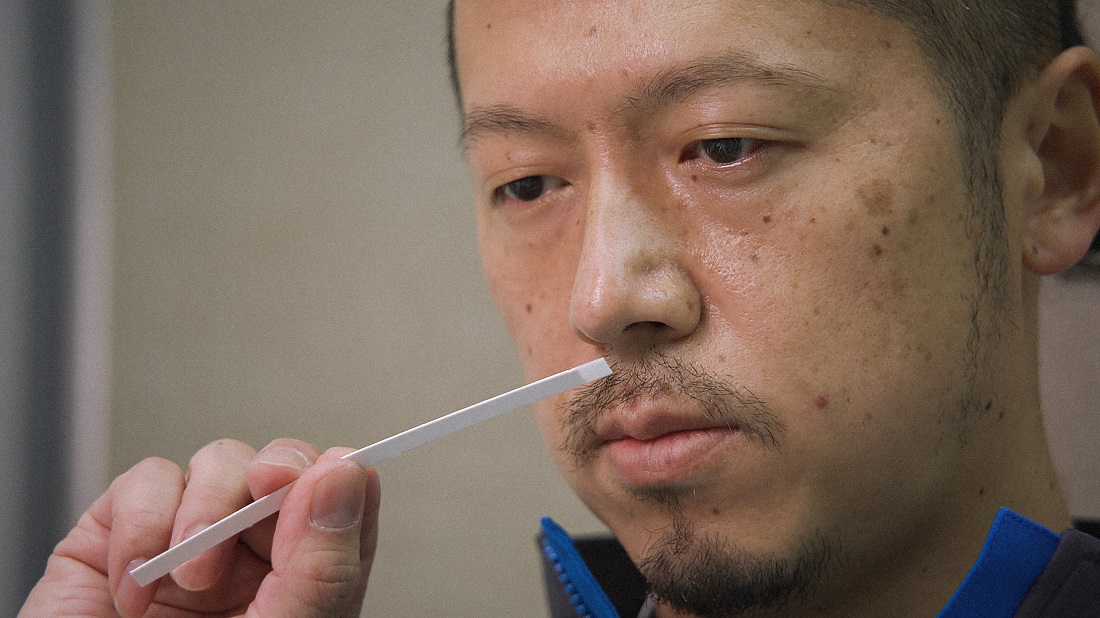 When asked how it feels to have a sense of smell as strong as the canines used to find contraband at airports or pigs who find buried truffles in forests, Ino laughs and says his work requires a special nose, but he sees his work as an extension of his passion.
“I am very particular about smells, so will continue to focus on improving the smell of Nissan cars.” 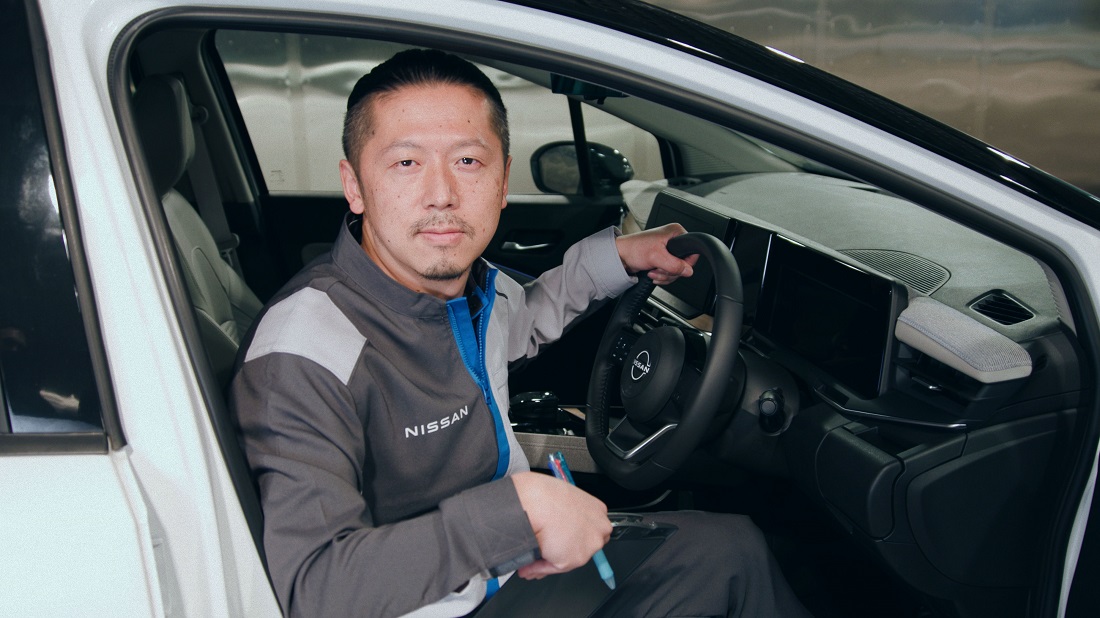 Ryunosuke Ino, a technical expert, is known as a Nose of Nissan or smellmaster for his work
in Nissan’s Vehicle Interior Air Quality Department. 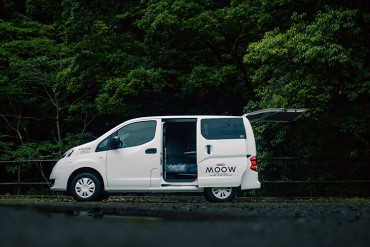 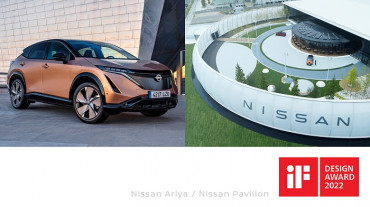 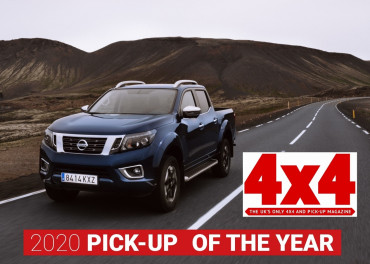